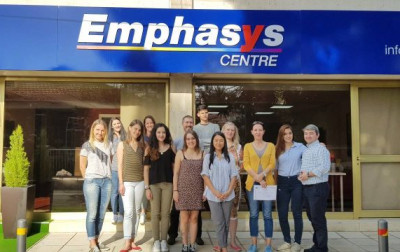 The rate of youth unemployment in the EU is at 16,6% - For this case several organisations teamed up to create DC4JOBS: A project which should help adolescents, who were not given the best education, finding jobs in a digital environment.

The motivation behind DC4JOBS is the increase of youth unemployment. Especially the countries of partners like Spain and Cyprus were struck by it. Digital skills are an important part in the professional world and without them, it can be hard to find the job. However, the target group are disadvantaged adolescents who came from other countries, like refugees or teenagers who had a difficult time in school.

To help them develop digital skills, every organisation contributes their expertise to create different tools for the project. The aim is to develop a tool which teenagers can use to receive an evaluation of their competences, so they can decide which of the upcoming workshops they want to visit to improve themselves.

Furthermore, there will be a badge system implemented so the participants can collect them as proof of their new knowledge. It should also motivate the users to keep going and collect as much badges as possible.

Upcoming meetings will be held in Latvia, Germany and probably Netherlands, also there will be meetings with participants on a national level to test the developed tools.