The Media Dialogue online week started – for Pluralism and Understanding 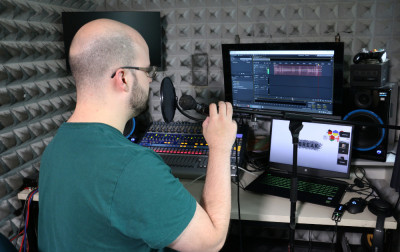 In times of Covid19 there much is unpredictable – for journalists but also for the organizers of project Media Dialogue for Pluralism and Understanding. Actually, the project should take place in Berlin, Germany but because of the development of Covid19 cases in Berlin it takes place online.

There have already been two online seminars in September and October that introduced into the media situation of the participating countries: Armenia, Georgia, Ukraine, Belarus, Moldova and Germany. The online week takes place from October 19th to 23rd. In the opening conference on Monday 19th participants learned more about the history and the aims of the project.

First, Wolfgang Ressmann, chairman of the Association of Citizen Media of Germany, announced his introductory speech about the history and the aims of the international network that organizes the project. The cooperation began in 2015 with the first project and developed during the last five years to a larger scale. Multiple institutions such as universities and journalist associations from the six countries participate and bring together different perspectives. As Mr. Ressmann mentioned the project is about current challenges for media in the participating countries, such as the Covid-19 pandemic, fake news, propaganda but also media coverage of frozen conflicts and open wars.

Members of the conference were also shown a recent report about Media Dialogue for Pluralism and Understanding on German television and a short video report from the German citizen media channel OK-TV of previous meetings in the zoom.

The speaker Volodymyr Danyliuk, chairman of the Forum of Ukrainian Journalists, spoke about the emergence of cooperation between the Media Dialogue and Ukraine. He noted that the main aim of this project for Ukraine is to teach journalists, because it is really important to be able to resist the information war and fight the fake news, especially in the current situation of Armenia, Ukraine and Belarus.

Mkrtich Tonoyan, chairman of the Armenian ACOS Cultural NGO, talked about challenges for society and media during Coronavirus and war in Armenia. He also expressed his opinion on the importance of disseminating only truthful information in these challenging times and providing quality information to the population.

Because the project is funded by the Federal Foreign Office of Germany Julia Luther also joined the conference as the foreign office’s representative. She mentioned the importance for Germany to build relationships to eastern European countries. In addition, Mrs. Luther told the participants about the Eastern partnership program and the benefits of sharing perspectives of the Media Dialogue.

To give an impression of the work the project’s working groups do results of their work since the online seminar have been shown. First the participants learned about the blog where the project is documented – also publications dedicated to previous conferences. The group also shares the content over social media (facebook, instagram). The next group was the audio group that presented a podcast with surveys from Lviv, Ukraine and Münster, Germany. And the last, but not least group was the video group. They created three videos with interviews and surveys that were recorded in Ukraine (Kyiv and Lviv) and in Chișinău, Moldova.

That is how the project week of the Media Dialogue for Pluralism and Understanding started. All participants began to actively work to create content and contribute to the current situation in journalistic sphere of their country.