By Train through the Caucasus 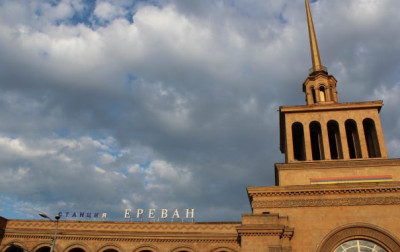 The wheels are rattling on the railway. Outside everything is black. We are on our way to Yerevan.

The second stage of the project Media Dialogue for Democracy and Peace is split in two stations. The first station was Tbilisi, Georgia – it lasted four days. The next six days we will stay in Yerevan, Armenia.
We could have taken the plane – it would have taken only half an hour. But we took the train. It is a much more interesting experience but many of us did not know what to expect because they have never gone with an overnight train.

At 10:30 p.m. the train startet from Tbilisi’s main railwaystation Station. It was from Soviet Union times. Many things on the train were written in Russian. In every waggon there was a small corridor on the one side and cabins with four beds on the other side.

All the participants were in the same wagon of the train. But some of us had to share their cabin with strangers. Until that point at least they were strangers. But with some of the other passengers we had nice conversations later on. It is much easier to start a conversation in a train cabin than on a plane. Even though many of us were tired we spent much time talking in the corridor and the cabins. We talked about different things: about the countries we are from, about culture, about the project and much more. Even if not everyone could speak English, we managed very well to communicate.

There were two passport controls: one in Georgia and one at Armenian border. Both times there came soldiers in the train soldiers and took our passports to check them electronically. After a few minutes they came back and the train was allowed to go on. We also dicussed about borders and freedom of movement then.

When we woke up in the morning the sun had already risen. We looked out of the window. There were fields, some bushes and trees and far away some mountains. From time to time we also passed some villages.

At 7:30 a.m. we arrived at Sasuntsi David Station in Yerevan – after 9 hours on the train. At the train station there was a market on the street and we had a look at the fruits and vegetables while we waited for the bus.
From the train station we went to the House of Guest of Yerevan State University, our accomodation, to get some breakfast.

Then we met in the conference room for the Yerevan opening meeting. There were four Armenian students who would join the project as new participants and they chose in which groups they would like to work.
After the opening the whole team of the project went to the Faculty of Journalism of Yerevan State University. They were welcomed by Naghash Martirosyan, the Dean of the faculty, and exchanged about media educational programs and the role of media for democracy. Some of the participants were allowed to make a short news recording in the faculty’s radio studio.

While the groups had working sessions, the organizers had a meeting in the Educational and Cultural Centre on National Minorities of the Prime Minister’s Staff. There they learned much about Armenia’s ethnical composition. 98% of its population are ethnical Armenians. With 1,2% of the population the biggest minority are the kurdish speaking Êzîdî. But there are also some smaller minorities like Russians, Ukrainians, Assyrians and even 67 Germans (according to the ministry’s statistics). The project’s representatives were also informed about the state’s support of the minorities: concerning laguague schools, traditional celebrations or political exchange.

After the working sessions, recordings and meetings all the participants came together for the Intercultural Evening. Every delegation brought some typical food or drinks from their country and presented it to the others. There was Georgian chocolate, German Bratwurst, Ukrainian sausages and the highlight: Armenian barbeque meat from the skewer in Lavash.
Later on some people danced caucasian dances.

So, we started well into the second station of this stage. 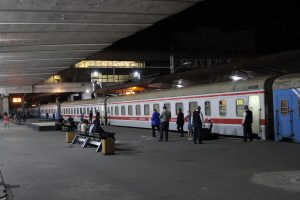 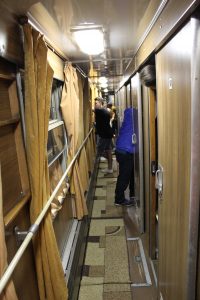 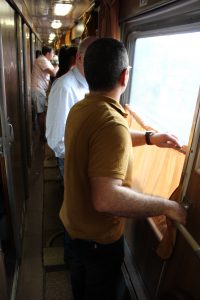 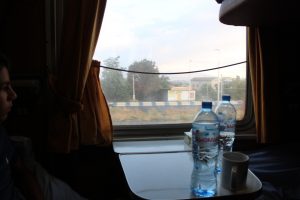 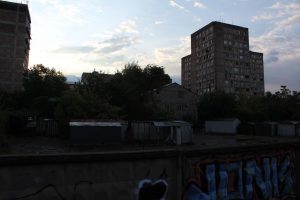 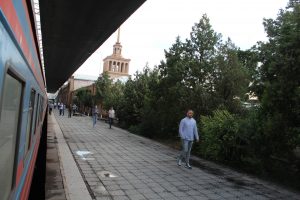 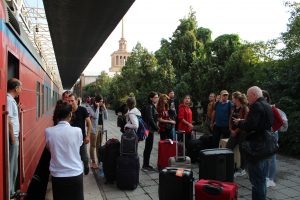 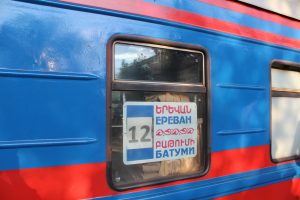 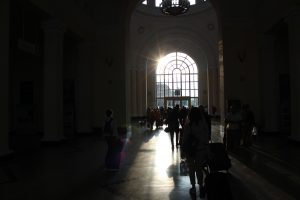 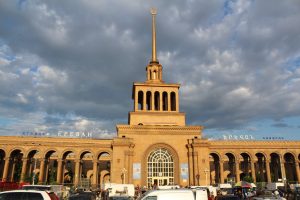 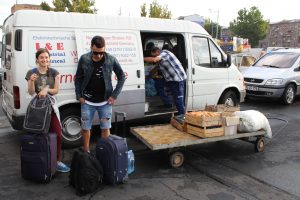 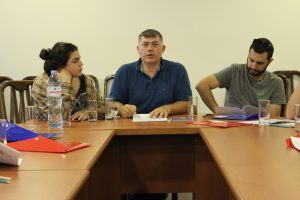 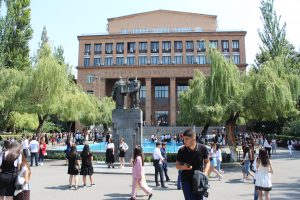 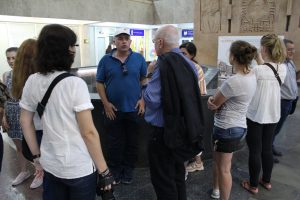 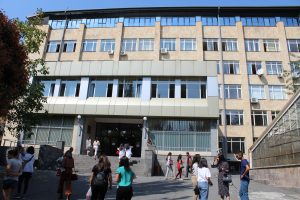 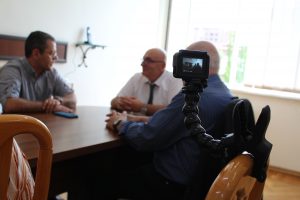 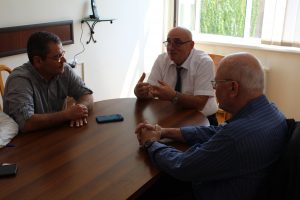 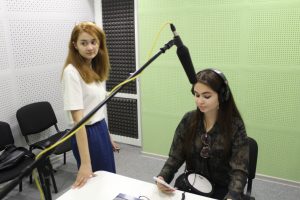 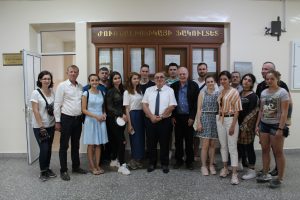 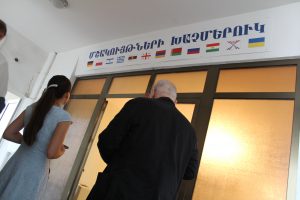