Halftime – The Conference in Tbilisi 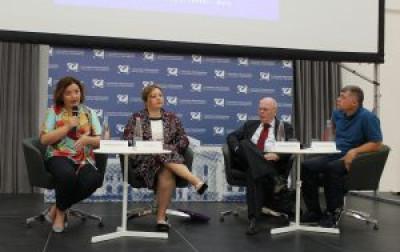 It is hard to believe what we achieved in only four days in Tbilisi. These days were very productive, interesting and full of discoveries and impressions. The conference on the last day before we go to Yerevan was loaded with significant speeches of the project’s organizers and representatives of Caucasus University. The groups worked hard on their products and were able to present them on the conference in Caucasus University.

Wolfgang Ressmann summarized the outcome of the second stage of this project. He is the project’s coordinator and the chairman of the Association of Citizen Media of Germany. He talked about the working process, the aims and results achieved during these busy four days at Caucasus University.

Eka Akobia, the dean of the School of Governance gave an speech about “European Perspectives of Overcoming the Conflict Situation”. Salome Ugulava, lecturer of Media School of Caucasus University, did the following speech about “Media Pluralism and Democracy”. The third speech was done by Mamuka Andguladze from Transparency International Georgia. He discussed “The Role of Media for a Democratic Development in the Eastern Partnership Countries”. Due to the controversial topics, the students were much involved in the discussions and asked several interesting questions to the speakers.

After a short break, Wolfgang Ressmann invited the groups’ trainers to present the work done during the project days. The debate group’s trainer, Kateryna Sokolova, presented the results of her team’s work. The group has created presentations.
Then the audio-visual group showed their video. They have made a street survey about the question if Georgian media are independent.
The last group is the blog group. Its trainer Minoas Andriotis displayed the articles written by the group members and explained their working process – from writing articles and taking photos to the uploading of them on the website, on Facebook and Instagram.

At the end the organizers thanked the participants and gave them certificates for their hard work and the important role played in the project. Wolfgang Ressmann thanked also the representatives of Caucasus University and gave them some German special presents.
This was a great start of the second stage of the project Media for Democracy and Peace. It will continue in Yerevan from the 2nd until 6th of September. 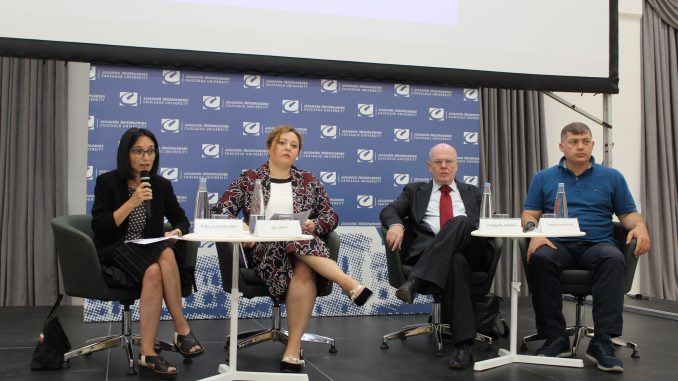 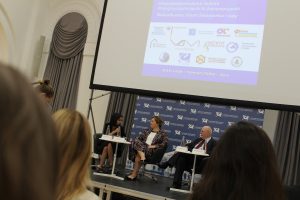 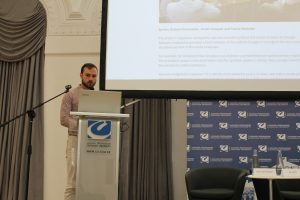 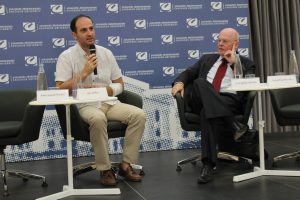 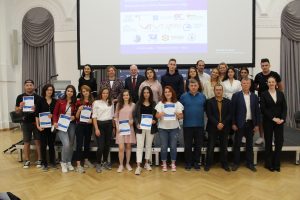 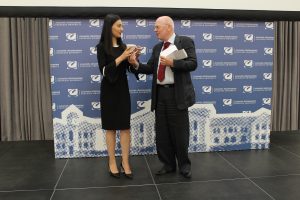 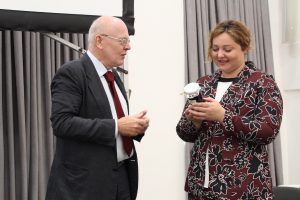