We wanted to learn more about the situation of Georgian media. That is why the projects organizers wen to meet the Georgian Charter of Journalist Ethics. They met Nata Dzvelishvili, the executive director of the organization. She is member of the charter since 2010 and director since 2015. They have discussed the working procedures of the organization and ongoing situation of the Georgian media.

Established 10 years ago, the Georgian Charter of Journalist Ethics is today widespread and the only independent non-governmental self-regulatory organization in Georgia. Its activity is defined by statute and its 11 provisions are in accordance with international journalistic standards. The principle goal of the charter is the development of journalistic norms, protection and the implementation of professional standards. The council works on a media criticism platform, considering the facts of violation of professional standards. The organization unites 320 members today, collaborating with 11 non-governmental organizations and UNICEF making workshops for youth, creating handbooks about media criticism and working on strengthening democracy in Georgia. On the official website of the charter www.qartia.ge  it is possible to make a complain about the possible violation, read the already examined and pending cases in Georgian media  society.

The Georgian Charter of Journalistic Ethics is making analysis of the initiatives of Georgian parliament, who unfortunately is trying to regulate media content. The organization is working actively to avoid the cases of media content regulation pushing forward to more self-regulation, which is key to democratic development. The charter is especially active observing the pre-election period in the country and making amendments in law.

As the representatives of the charter described, the primary problem is the instrumentalization of Georgian media, meaning that it is not the instrument of spreading democracy and strengthening the freedom of speech but it is the tool for political parties to influence the society and reach their aims. Unlike, the period of previous political parties. Georgian journalists today do not face physical violation but the government is trying to use media for their personal interest, which is weakening the transparency and the fairness level in the country.

In previous years Georgia had a balance in media as there was the pro-opposition TV channel Rustavi 2, who was critical against the government, and a TV channel which was influenced by the leading political party. After changing the ownership of Rustavi 2 the balance is broken and the society does not know how the media situation will develop,

Finally, In October in Tbilisi there will take place an international conference of the associations of journalistic ethics uniting representatives from the whole world. Georgian and Ukrainian charters are working hard for better collaboration to improve the failures of the government in developing democracy. 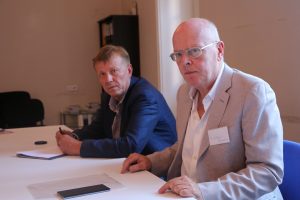 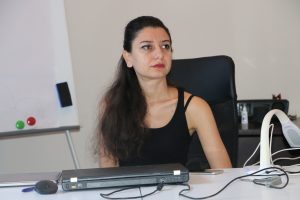