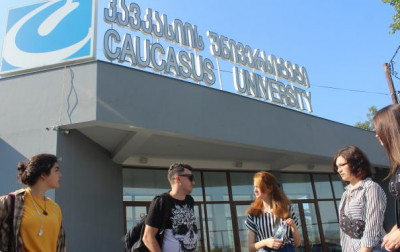 When the participants arrived they got a campus tour by Tamuna Karbaia. She is the representative of the university‘s International Relations and Projects Department. She told the guests about the history of the buildings and the university and showed them for example the labs, the moot court, the liteway cafe and the student support service. The participants also met the president of Caucasus University, Kakha Shengelia, and the director of International Relations and Projects Department, Irena Melua.

After the campus tour Tamuna Karbaia welcomed the participants in the name of Caucasus University. She moderated the conference and gave the word to Mamuka Andguladze, one of the project‘s organizers and member of Transparency International Georgia. He introduced the aims of the project: connecting media organizations, exchanging experiences and giving the opportunity to work with media in an intercultural context. He talked about the role of transparency and a democratic media system in international politics.

Next was Wolfgang Ressmann, one of the project‘s organizers and the chairman of the Association of Citizen Media of Germany . He gave an overview of the previous project Changes in Media Education and Political Dialogue Perspectives and he reported about the first stage of Media Dialogue for Democracy and Peace in Lutsk, Ukraine. He also talked about the outcome of the project, for example, the connections that were established between organizations from the participating countries: Georgia, Armenia, Ukraine, Belarus.

Then Mkrtich Tonoyan was given the word to. He is one of the project‘s organizers and the director of ACOSS Cultural NGO. He spoke about the second part of this stage of the project that will take place in Armenia. He also underlined the importance of the exchange of experiences between people working with media.

After listening to the speeches of the organizers the participants made a short introduction about themselves and their expectations of this project.
Then the trainers told the participants what the different working groups will do and the participants could choose the group they would like to work in. There were three groups formed: a video group, a debate group and a blog group.

Then the groups split up in different rooms of the university and started working. The trainers of the video group taught the participants the technical aspects of the cameras and showed them how pictures are composed. Then they discussed the concept of the video they want to produce.
The debate group made some pratical exercises of how to hold presentations.
The blog group looked first at the brochure of last years project and the previous blog entries to gain an impression of what the result of their work should look like. Then they practiced to use the camera by taking photos of the other groups at work. They also had a meeting with the project‘s organizers where they exchanged about the recent developments in the participating countries politics and media landscape.

Then all participants had lunch together and were able try some traditional Georgian dishes like Khachapuri, Lobiani, Pkhali and Nadughi with Mchadi. After lunch the groups continued their work until it was time for dinner where the participants tried Khinkali – and of course even more Khachapuri. 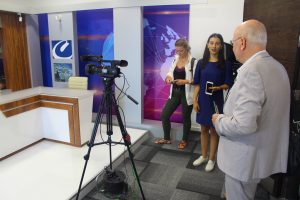 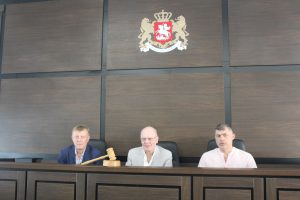 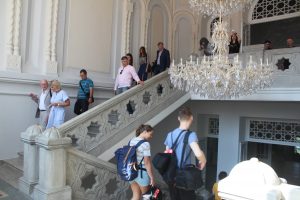 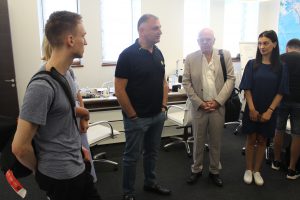 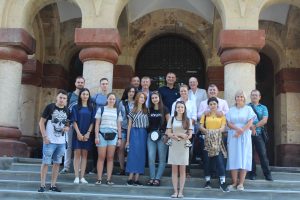 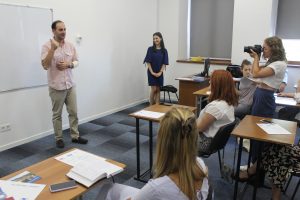 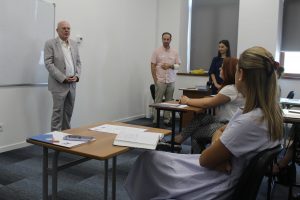 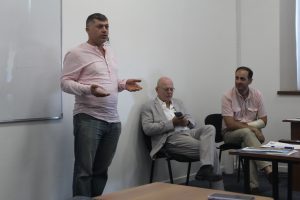 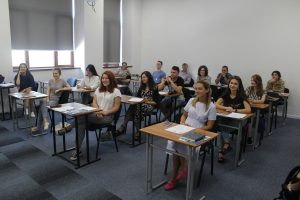 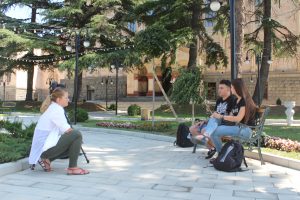 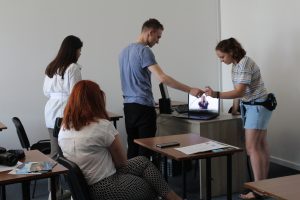 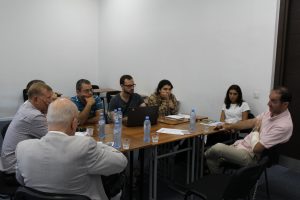 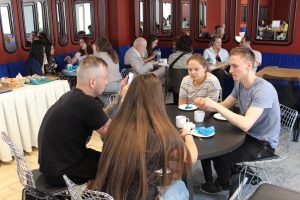 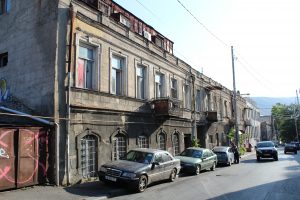 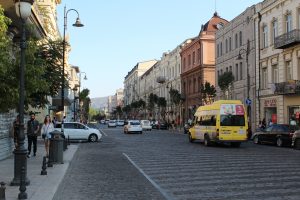 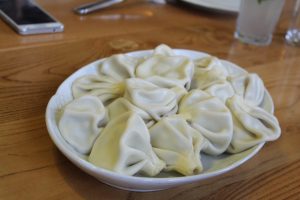 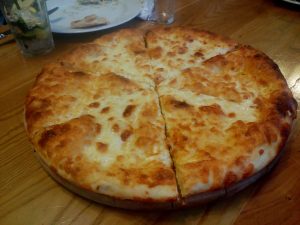