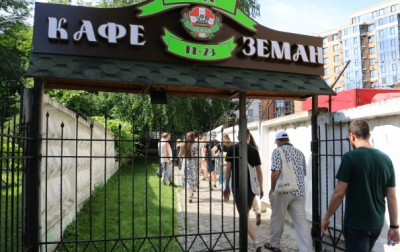 The best beer is considered to be from Germany. But we are convinced that Ukrainian beer is not inferior to any other. That is why the whole team of the project Media Dialogue for Democracy and Peace visited the Zeman brewery in Lutsk. Now we want to tell you about that visit.

At the beginning we met a worker of the beer factory. She guided us through the brewery and shared some information about its history. It was founded in 1869 by a Czech family which had moved to Lutsk some years before. Their surname was Zeman and it became the name of the trademark now.

Wolfgang Ressman, one of the project‘s organizers, was impressed by the brewery: “I’m glad to see how German technologies and the beer standards are observed here. The quality of the work of the factory isn’t worse than it is in European countries».

Our group entered the factory with the guide. There we saw many barrels with beer inside of them. Moreover, we had an opportunity to go down to the basement, where beer is produced. When we were standing there listening to the guide the beer head (foam) was dripping from the ceiling. So you can try it just looking up and opening your mouth.

After the main part of our excursion we had dinner in Zeman‘s restaurant wich is located near the brewery. Dark and unfiltered light beers were brought for us so that we could tased it ourselves. We also tried different snacks and were talking with our trainers for some hours there. This great experience was interesting for the participants of Media Dialogue for Democracy and Peace. 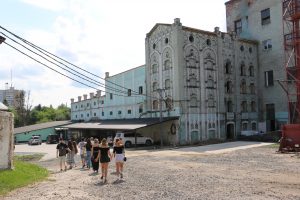 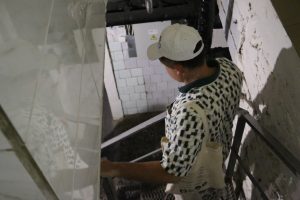 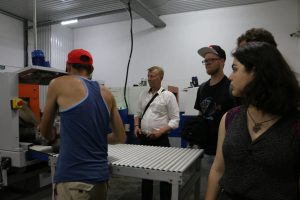 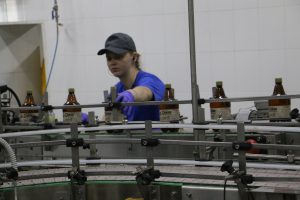 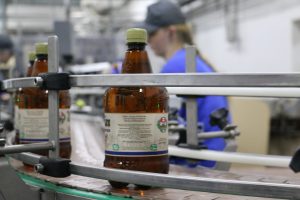 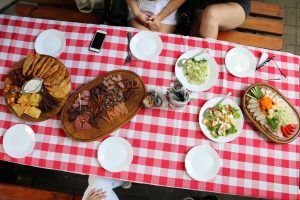