Meeting in the Polish Consulate 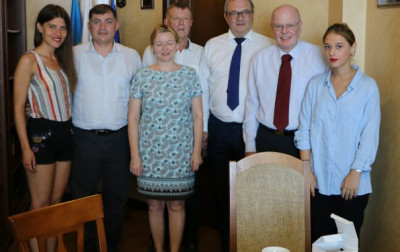 A bit of conflict, more cooperation – the article is dedicated to outline the relationship between Ukraine and Poland today.

The debate group of the project Media Dialogue for Democracy and Peace was welcomed to visit the General Council of the Republic of Poland in Lutsk. The discussion’s topic was the relationship between Ukraine and Poland nowadays and the cooperation at the local border which is significantly affected by the historical conflict between these two neighbor countries. The information was very well supplied by the Vice-President of the General Consulate Teresa Chruszcz and Marek Zapór. Furthermore, they discussed the increase in the migration level from Ukraine to Poland, which nowadays reached its highest point, due to better employment and salary perspectives.

After the discussion of main political and historical issues the Vice-Consul gave us more information about the Polish films with Ukrainian subtitles which have become very popular in Ukraine. They have created discussion groups for students who study subjects connected to Poland.

Every year the General Consulate of Poland financially supports and publishes a book about modern techniques of icon paintings. It is created not only by Polish but also Ukrainian students who study in Ukrainian art academies financed by the Council of Poland. The Vice-Consul gave the participants of the project Media Dialogue for Democracy and Peace interesting books as a present – about polish architecture, culture, educational programs and the history of soldiers who were taking part in second world war.

To conclude the meeting was informative as the members of the debate group discussed the relationship between Ukraine and Poland during and after world war. The Vice-Consul mentioned what happens now and gave us detailed information about all the projects done in order to deepen the cooperation. To sum up, project’s participants had a debate about the future cooperation visions between these two Slavic countries. 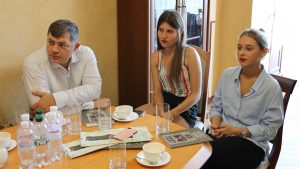 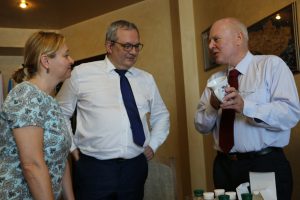 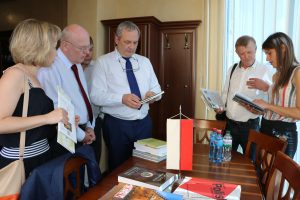 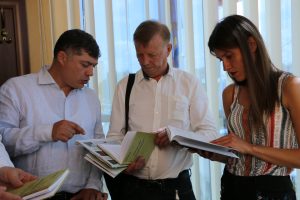