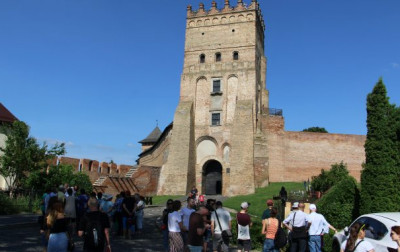 150 years ago it was the Austro-Hungarian Empire – now it’s Ukraine. We are talking about the city of Lutsk.

After the opening conference of the project and the working day we, the participants, went to the city center of Lutsk with a guide for a sightseeing tour. We visited not only the modern part of the city but also historical buildings and sights.
One of the integral part of the city tour was visiting the Lesya Ukrainky street which is the main pedestrian street. There are located about 10 different churches and monasteries. The most magnificent church was the Holy Trinity Orthodox Church which is a part of the Bernardine Monastery and Church. It is located on Theatre Square in the city center and it was built in 1721.

The most inspiring place we have visited was the Lubert’s Castle that was built in the middle of the 14th century. It is the most prominent landmark of Lutsk. And it has a perfect view over the city and the region that we enjoyed from the top of the castle’s walls.
The architecture of the city Lutsk is influenced by different cultures. The city was under the control of Poland, the Austro-Hungarian Empire and the Russian Empire before Ukraine got independent.

We enjoyed walking around the calm and green streets. It was very interesting to learn more about Western Ukrainian culture, history and cuisine from the local participants. 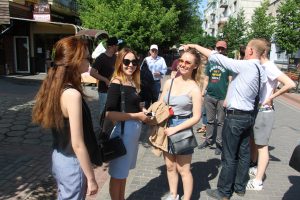 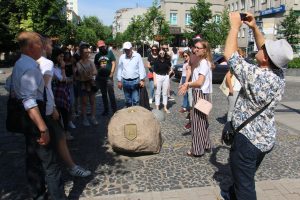 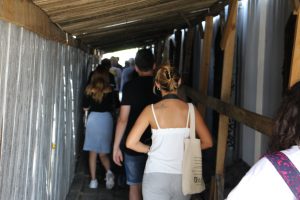 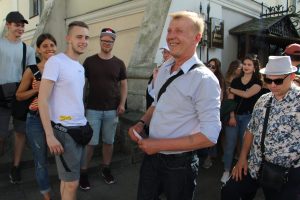 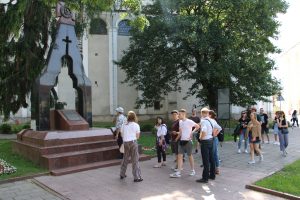 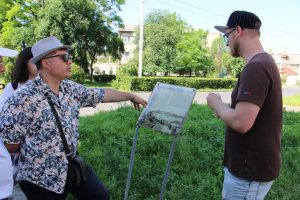 Timeline
The second online seminar: Belarus, Georgia, Germany and North Macedonia Mass protests, police brutality and a pandemic – challenges for media in Belarus The effect of the Covid-19 pandemic on Ukrainian media Start of "Media Dialogue 2020 for Pluralism and Understanding" Time to say Goodbye - the final conference in Kyiv Research on media - our visit at Detector Media From an apartment to one of the biggest TV channels News from the conflict zone Donbass - OstroV News Agency Reporting on conflicts: Radio Liberty The project through the eyes of the participants Discussing, filming, interviewing: the groups in action The Opening Meeting in Kyiv Kaliméra MeLDE! Ending conference in Yerevan 4 Plus: Photography from Women’s Perspective A Military Position in a Conflict Zone By Train through the Caucasus Halftime – The Conference in Tbilisi Meeting the Union of Journalists of Armenia City tour in Tbilisi Work in progress … Meeting the Georgian Charter of Journalist Ethics Neighbours with common challenges Opening Conference in Georgia The Final Conference in Volyn Zeman’s brewery Suspilne TV about fake-news and content management Meeting in the Polish Consulate What about decentralization in Ukraine? Lutsk City Tour!