When school is a possibility - not a must 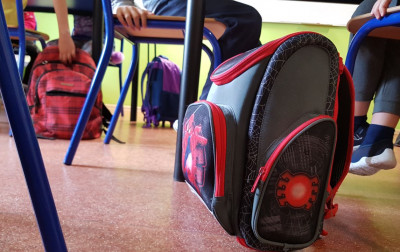 Die gefährlichsten Schulwege der Welt (The most dangerous School ways in the world) is a TV programme which realizes how difficult it is for some children to get education. And it is not about their skills or talents. The series shows the most dangerous ways which small children need to take before they reach the school. Hours of suffering: freezing, heat, sun, rivers, etc. Those are some of the obstacles which they need to overcome.

The most dangerous School ways in the world is a 24 edpisodes documentary of German production. It was streamed by many channels in Germany: Arte, Phoenix, Das Erste, etc. The main characters of each episode are small children who are assisted on the way to their schools and back. The episodes takes place in different areas: Nepal, Mexico, Nicaragua, Kenya, Peru, Mongolia, Ethiopia, Siberia, Himalayan and New Guinea. There, it is not that easy to get to school. But even if the conditions are hard, children want to learn. They dream about the better future. And to fullfil it, they risk their lives and each day they choose to take their way to school - the most dangerous way in the world.

The 11 years old Vidal from Peru needs to face Titicaca lake. Till he gets to school, hours will pass. On the self-made boat he needs to go through the endless waters. Many times Vidal choses even more difficult way - through the bushes. There he can find some wild ducks, which he can bring to his family. Often, it is the only meat which they will eat. But this costs the young boy much power and makes the way to school longer. After hours of rowing Vidal finally gets to school. Maybe he will be lucky and on the way back he will catch some more food for his family. But will everything go well? Will Vidal manage to not drawn, to find his way, to have enough power? Those questions asks his parents each day.

The 8 years old Alioscha from Oimijakon in Syberia has other problems. He needs to reach his school after walking in -50 degree Celsius. His mother would like to help, however the only thing which she can do is to prepare couple of layers of cloths for her son. In the house it is warm - almost 20 degrees. But outside is 70 degrees less. But Alioscha needs to go. It is so cold that the eyelashes of the boy are freezing. He keeps walking - this makes himself warmer. Aliosha hopes for summer because than the temperature will be a bit higher.

The 6 years old Looita from Kenya has the opposite problem. She needs to face the heat. She needs to faight against the sun, sand, thirst and +60 degree Celsius. And all this often during the distance of 15 kilometres. Many children on the way back go to help their parents in their working places. It is hard to imagine how those children survive.

There are many examples like those above. There are variety of difficulties which children in the world need to face. This all for one reason - education. Dangerous and exhausting way to the school is not the only problem. After getting to the classes, they need to find the new power to learn. After school, they also can’t be tired - in front of them the way back home. This needs to be repeated each year, each month, each day… Learning means for those children a change for a better future for which they are ready to suffer or even risk their lives.