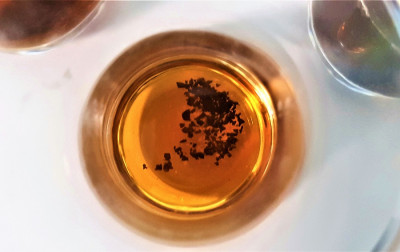 “Caysiz sohbet, aysiz gok yuzu gibidir”
(Conversations without tea are like a night sky without the moon)

Tea is fundamental to social life in Turkey. The Turkish citizens can't imagine meals, social and business meetings or negotiations for carpets in the Grand Bazar. On the streets, in the shopping malls and in the parks it is common to hear “ÇAY!” (chai). Preparationa and serving is important. A double pot is used. Water is boiled in the lower and bigger pot and the tea (loose-leaf) is put in the top and smaller pot. Thanks to this method each person can drink the tea as they want: strong and steeped, or light by adding a lot of water. In central Anatolian towns and in Eastern Turkey tea is prepared in a samovar.