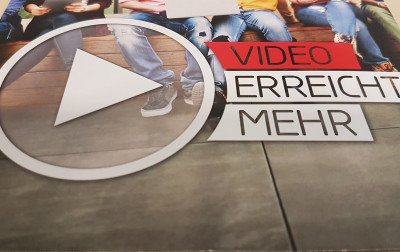 The second meeting of the international "InDVT" project took place in Zürich/Baden in Switzerland. Between 31st March and 02nd April four project partners met to discuss next steps of their cooperation.

The meeting started with a visit at the national tv station srf (Swiss Radio and Television). The guests had the chance to go deeper into the practice of editing picture and sound. Project partners had also a chance to take part in the Play to Learn event organised in Baden. As the organisers of the project say: "Our children produce films with their smartphones and tablets without any problem. They have a completely different relationship to this media (without the conceptual hurdle of a screenplay) than the generations before them.  Whether it's information or communication, the "Digital Natives" move daily in the world of (moving) images and tell their own audiovisual stories. The second edition of PLAY TO LEARN focused on "digital storytelling" in dazzling facets with a wide range of inputs and practice-oriented workshops".

The next activity of InDVT is planned in September 2017. In the meantime the preparation for the project outcomes (first of all – a handbook) will be proceeded.